Will Santa have to find replacements for his reindeer?

New research presented at the British Ecological Society, Liverpool shows that reindeer are shrinking. These findings come from a survey conducted between 1994-2010 in Svalbard, a Norwegian island, which found the animals have lost about 12% of their body mass over this timeframe. The research team thinks the shrinking reindeer phenomenon might be caused by global warming as females have increased access to grasslands and give birth to more calves annually than in the past. This translates to less nutrients available to support each gestation causing lower birth weights and more competition for food among offspring. In addition, warm winters cause increased rainfall that freezes and covers the grassland with ice resulting in females starving and aborting calves.

This is bad news for Santa Claus who relies on healthy, strong reindeer to deliver presents to all the children in the world each Christmas Eve. Maybe he should consider upgrading to a jet-propelled sleigh? Although all those cookies and carrots probably keep his reindeer in good shape. 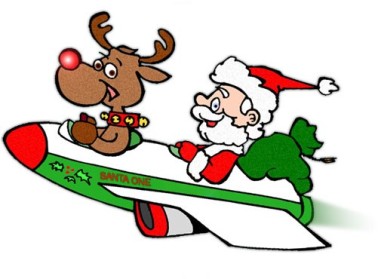