#1: Is there an evolutionary advantage to “being stupid”?

And the #1 blog entry published thus far in 2017 discussed whether there was an evolutionary advantage to being stupid:

As I was looking through the scientific literature the other day, I came across an article published in 1973, “The Evolutionary Advantages of Being Stupid.” With a title like that, how could I not read it?

In this article Dr. Eugene D. Robin discussed how larger and more complex brains are associated with greater intelligence, which by evolutionary standards was thought to be related to “superiority.” He described how this line of thinking places man at the peak of evolution resulting in our tendency toward an anthropocentric view of the world. Anthropocentrism also leads to interpreting or seeing things in terms of our own experiences or value/belief systems.

Dr. Robin went on to argue that looking at survival of species in hindsight suggests that those which survive have done well whereas those that have died off must have been inferior. Rather, he argues it is important to think dynamically. Meaning that traits evolve continually as does the environment. So a trait that may benefit the species at one point in time might not help at all at if conditions change. He quotes Asimov who posed the question, “Which is the fitter, a man or an oyster?” If Earth were covered in water, clearly oysters would fair better than man.

With regards to intelligence, Dr. Robin also proposed thinking in terms of it being a dynamic trait that could help or handicap a species. Take for example diving mammals. Mammals that are good at diving, have evolved the ability to survive with low levels of oxygen. This ability may also protect them from health conditions associated with low oxygen such as blood loss, heart attacks, strokes, etc. In this example, smaller brains relative to body size are more advantageous as it allows the animal to dive longer (and perhaps have better health). In other words, by presumably sacrificing intelligence, the animals with smaller brains have increased survival. His own research looked at turtles that can dive for more than 1 week. To accomplish this, turtle brains create energy through pathways that do not rely on oxygen and, as a result, have reduced activity while diving. Thus, by anthropocentric standards turtles are relatively “stupid” even though they have survived over 200 million years. 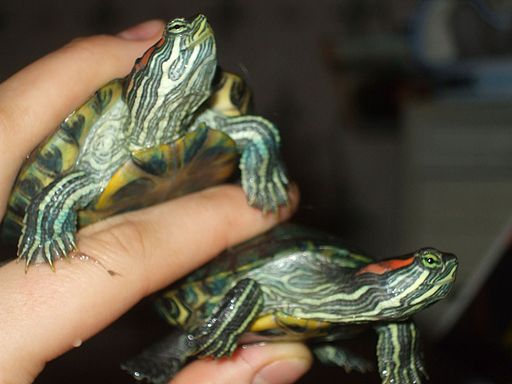