How sheep are helping human pregnancies 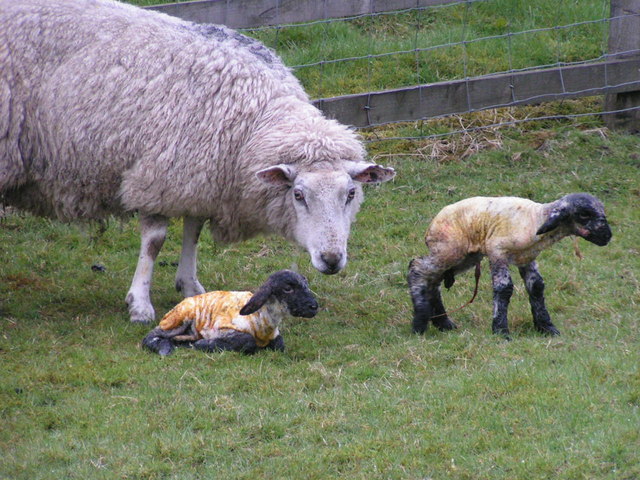 Image of newborn lambs by Dave Dunford via Wikimedia Commons

The growth and development of a human fetus is difficult to study, both practically and ethically, as I am sure you can imagine. A new review article published in the American Journal of Physiology – Regulatory, Integrative and Comparative Physiology explored how sheep have helped solve this problem as fetal sheep share similar brain, lung and cardiac development and placental physiology with humans, many aspects of which differ from laboratory rodents. In addition, most sheep only give birth to one offspring at a time. What sets sheep apart is that it is easier to obtain blood samples as well as perform noninvasive and minimally invasive procedures to measure fetal development and physiology in sheep without harming the fetus or mother. These procedures are typically limited to high-risk pregnancies in humans, which does not allow researchers or physicians to study normal development. Additionally, researchers are not able to study the causes of premature birth in humans, which results in greater risk for cardiometabolic diseases, behavioral as well as psychological problems later in life. Nor are they able to study of how medications or dietary supplements that women use during pregnancy to treat pre-existing conditions affect the offspring.

Information about sheep pregnancies has additionally been used to inform standard care in human pregnancies, resulting in lower mortality and morbidity rates. For example, the discovery that corticosteroids can help the lungs develop in babies born prematurely was made in sheep and is now considered standard care. Standard care for newborns that experienced asphyxia during childbirth, which in the past typically resulted in neurological damage and even death for many newborns, is now treated with hypothermia (reducing body temperature to 33.5 degC). Artificial reproduction was also first developed in sheep as well as cattle and fetal surgical techniques have been developed with the help of sheep. Lastly, let’s not forget the amazing development of the “Biobag” in 2017: