The cause of stomach rumbling 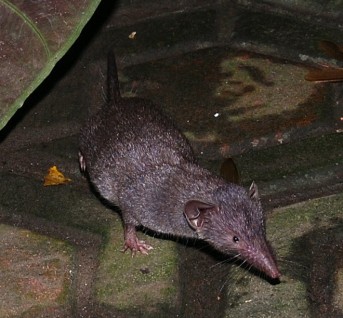 The stomach and small intestine of many species moves rhythmically during fasting, something called the rhythmic ‘migrating motor complex’, or MMC. The MMC has 3 phases: no contraction, intermittent small contractions followed by regular large contractions. These contractions are thought to help clean the GI tract by moving along debris and bacteria as well as preparing our guts for the next meal. They are also the cause of ‘stomach rumbles’ when we are hungry. If the time between contractions is too long or contractions are too slow, bacteria may overgrow leading to illness. But what triggers the MMC to get moving is not really clear.

In a new study published in Physiological Reports, researchers examined this question by studying Asian house musk shrews (Suncus murinus). Why a house shrew, you may ask? Because the MMC in these animals is nearly the same time intervals as found in dogs and humans and the lining of the gut is similar. As food is digested in the stomach, small portions of digested food along with stomach acid are released into the small intestine, which responds by secreting bicarbonate to increase the pH and prevent damage to the gut wall. What the researchers found was that the MMC contractions started in response to basic conditions (pH 8.0) in the small intestine, which activated the release of motilin, a hormone that causes the gut wall to contract, thereby triggering the MMC.

These findings may have applications to the treatment of irritable bowel syndrome which, in some cases, can result in the MMC either being too fast (diarrhea) or too slow (constipation). My MMC is rumbling right now…must be time for a snack.