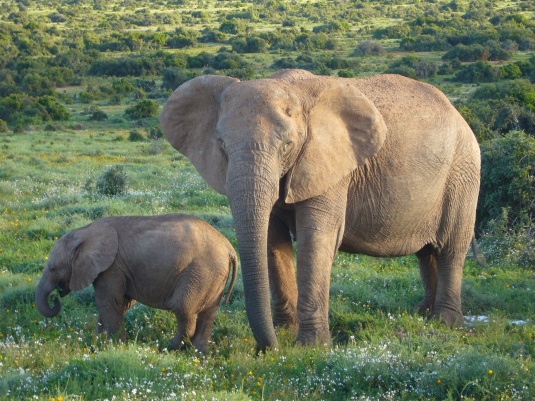 Cancer risk is associated with how often cells divide because each time DNA replicates, potential errors may occur. Unlike most mammals, elephants are remarkably resistant to cancer given their size. In a new study published in Cell Reports, researchers explored genes that evolved more quickly in elephants than other mammals to try to identify genes responsible for this protection. They identified several accelerated gene pathways in elephants that are important for DNA repair and protecting genes from developing mutations. Interestingly, these gene pathways are also found in humans, just not as accelerated.

The researchers then exposed isolated cells from African elephants to gamma radiation, which damages DNA in cells from other mammals and thus increases the risk of cancer development. The cells from the elephant responded to the radiation by increasing the expression of genes responsible for protecting DNA and suppressing tumor growth, while downregulating genes involved in cell division.

Identification of these cancer resistance gene pathways may lead to novel ways to treat or prevent cancer in humans.