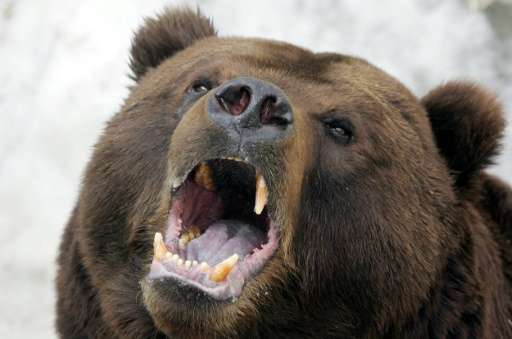 Image of a brown bear from phys.org

Scientists have discovered that they can quickly identify new antibiotics using bear saliva. This is because saliva from East Siberian brown bears is home to a diversity of bacteria. (Okay granted, this is true of many wild animals – the study referenced here focused on bears.) Although it does not sound very sophisticated, a team of scientists at Rutgers University thought that they may be able to identify novel antibiotics by searching through the various microbes found in saliva since mouths are regularly exposed to various microbial threats. They used sophisticated technologies to isolate bacteria from the animal’s saliva into separate oil droplets, several hundred of them. The idea was that if there were any antimicrobial species in the bear saliva, it would be able to fight a pathogen they added to the droplet. In fact, bacteria in one of the droplets managed to kill off Staphylococcus aureus by secreting a known antibiotic called amicoumacin.

Their findings were published in the Proceedings of the National Academy of Sciences. The researchers hope their approach can be used to discover more antibiotics capable of killing specific microbes.