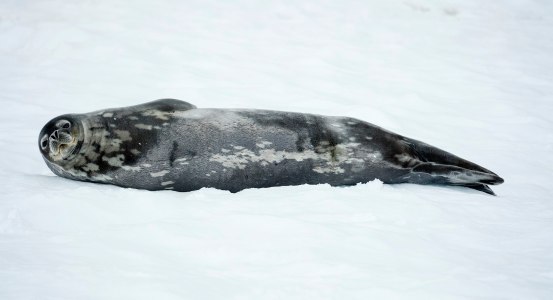 Photo of Weddell Seal by Andrew Shiva via Wikimedia Commons

Dr. Allyson Hindle from Massachusetts General Hospital in Boston, presented some interesting research on seals at the Experimental Biology conference this week in San Diego. Seals are known for being rather plump, which for humans often leads to inflammation and cardiovascular disease. In addition, seals undergo repeated bouts of hypoxia and reoxygenation during their dives, which is also known to promote inflammation and cardiovascular disease in humans. Her research team discovered that seal serum (Weddell seal and Northern elephant seal) has anti-inflammatory properties that prevent or reduce responses to an inflammatory stimulus.