The physiology of bad taste

Ever wonder how humans and other animals evolved the ability to detect foods that can potentially harm us? A recent article published in Physiological Reviews, explains the physiology behind why certain foods taste bad.

The act of tasting is very complex and includes receptors in our mouths that can detect specific chemicals in our food and prepare our digestive system to receive the food and, as anyone with a cold knows, the chemical receptors in our nose that can smell the food. Although our taste receptors detect the same chemicals, variations in what foods we like or dislike can be modified by prior experiences, learned behaviors, cultural norms, etc. Flavor, is the term used to describe the taste, smell, texture and temperature of foods, whereas taste simply describes the detection of chemicals in the foods we eat.

The show Bizarre Foods, comes to mind when I think of things that would probably bad taste. Those feelings of nausea, vomiting, etc at watching the consumption of bugs (no offense to anyone who enjoys eating chocolate-covered ants or cricket burgers) evolved as a defense mechanism to either prevent consuming foods that can harm us, or aid in the elimination of those foods from the body if consumed. While some reactions to yucky foods are innate in humans, rodents and monkeys (like aversion to quinine), others are learned. This learned aversion to foods is called conditioned taste aversion. Anyone who has experienced food poisoning can relate to those feelings.

Sometimes taste aversions or avoidance of certain foods, like mushy bitter vegetables or coffee, can be overcome. For example, if an animal has low levels of certain nutrients, they will begin to develop a taste for them and will crave those nutrients. Pregnant women for example are notorious for craving what appears to be very strange foods – pickles and ice cream…or dirt, anyone? 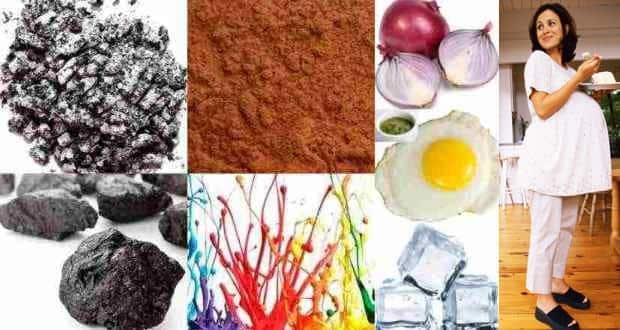 Animals also crave and consume what we would consider strange things to obtain nutrients – like poop and dirt: