Importance of diet to the physiology of farm-raised fish 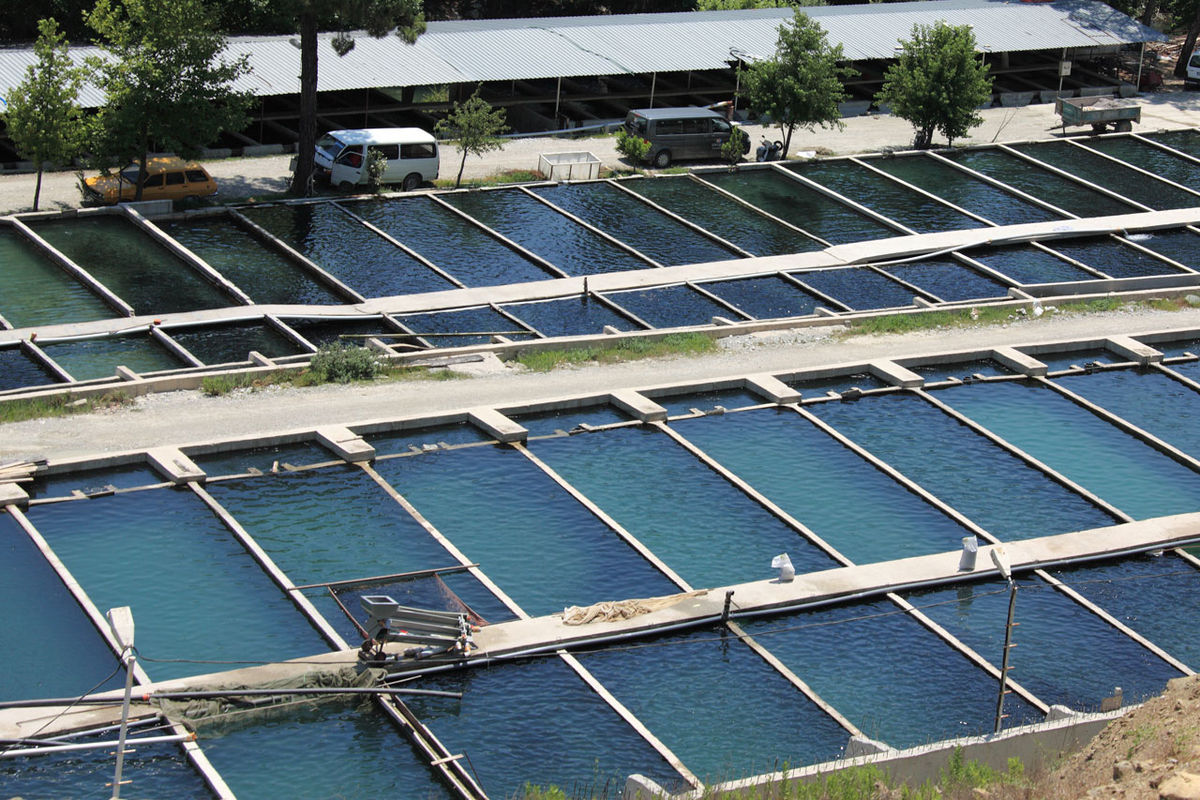 Image of a fish farm by Vera Kratochvil [Public domain], via Wikimedia Commons

Fish farming, i.e. aquaculture, has increased about 6.2% between the years 2000-2012, according to the Food and Agriculture Organization of the United Nations. Fish farms are highly dependent on fish meal as well as fish oil as nutrients for the growing fish. Although rates of farming have increased, the supply of fish meal and oil are predicted to either not change or decrease. For this reason, researchers are exploring other nutrients, like plants, that could be used in aquaculture to make it more sustainable.

In addition to obtaining cholesterol from the diet, fish are able to make their own. In contrast to fish that were fed fish meal and oil for 6 months, fish that were fed only plants for the same duration weighed less and had higher expression of genes that are important for generating their own cholesterol whereas other genes responsible for digesting or eliminating cholesterol were reduced. Even though the plant-fed trout were able to increase their production of cholesterol, it should be noted that cholesterol levels in these fish were still lower when compared to animals fed fish meal and oil. This reduction in cholesterol in plant-fed fish may explain their diminished growth rates and reproductive success as cholesterol is important in cell membranes and the synthesis of steroid hormones like estrogen and testosterone.

It looks like more research is necessary to find the best alternative nutrients for the sustainability of aquaculture.